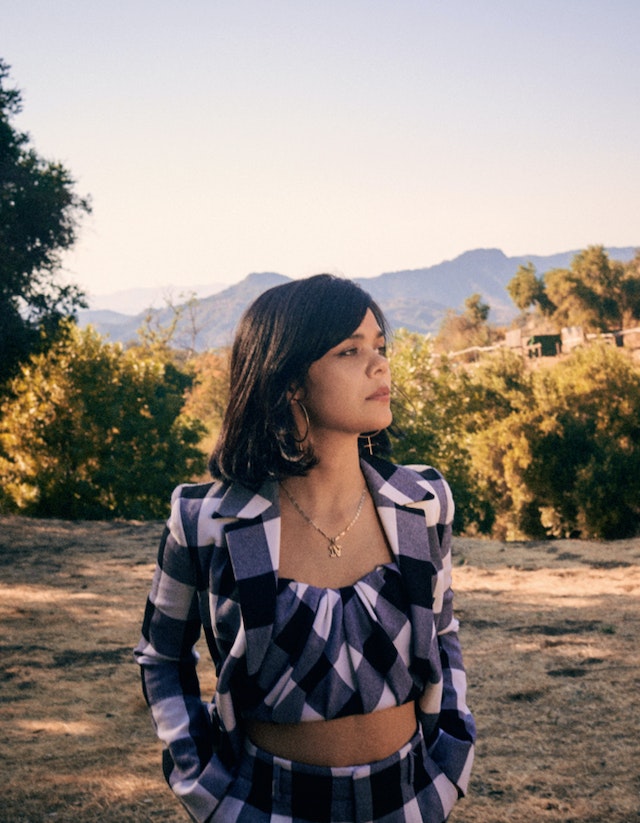 Under the moniker Bat For Lashes, Natasha Khan has marked herself as a true innovator over the course of 15 years and 5 albums.

The singer-songwriter, multi-instrumentalist, visual artist and director has been praised by critics and audiences worldwide, scoring 5 top 15 UK albums and playing live shows at Coachella, Glastonbury, Latitude and Laneway amongst others.

Her musical works have been included in soundtracks for 'The Twilight Saga', 'The Hunger Games' and spots for Thierry Mugler, Chanel, Gucci and Miu Miu. Her songs have been described as distinctively haunting, darkly fantastical and ripe with magic realism.

The sensual and gilt-decorated dream world that she creates has garnered three Mercury Prize nominations, three BRIT Awards nominations and two Ivor Novello wins, for composer of Song of the Year and Best Soundtrack in 2019.

Natasha has co-directed most of her 20 plus music videos and premiered a short she wrote and directed at Tribeca Film Festival, as part of the International Narrative Competition.

As a fully-fledged artist, Natasha now leads the creative on all her projects; from her hauntingly rich music video visuals and film soundtrack collaborations to honing her unique vision through scriptwriting and directing.